Home Games Top Best 10 Games Under 10 MB With High Graphics
Facebook
Twitter
Google+
Pinterest
WhatsApp
Who could have imagined that we will be able to play 1Gb games on our smartphones. It was impossible 10 years ago, but now it’s no big deal. However, I have experienced that gaming is only smooth when you have a high-end device and if you’re still using a low-end device, then all these fancy things is a still a dream for you.
Although, where there is a will there is a way. If you are reading this article, then I want to tell you that I have come today as a savior for all those guys who are using low-end Android devices and are in an urgent need of playing low MB games but can’t because your device won’t let you.

Here are top 10 best games under 10MB for Android

Sky is brought to you by Ketchapp, the same developers team which brought you Break Liner and Phases. This time they came up with a fantastic idea where you have to jump your obstacles to keep moving and beat your high score. A defined time-eater which will make you addicted towards it.
To add the cherry to top the cake, the main character also clones itself which is very helpful at times but everything to juggle becomes very difficult.

As the name sounds, the game is bizarre. It does what you will never do in your wildest dreams. The character jumps off the cliff, and you have to save him from coming obstacles down to the earth. The background score suits the theme of the game, and both complicate each other very well.
And to turn up the difficulty the game doesn’t let you fall free. You have to keep collecting the hearts to keep down the adrenaline. If you love games which possess a dark theme, then you can surely go for Endless Falling.

An all and all shooting game which moves you to the world of crime and assassins. You are a modern sniper and you have to kill the mob of the enemy or the final target using your shooting skills. You are equipped with sniper rifles and assault rifles to kick your enemy’s a*s. 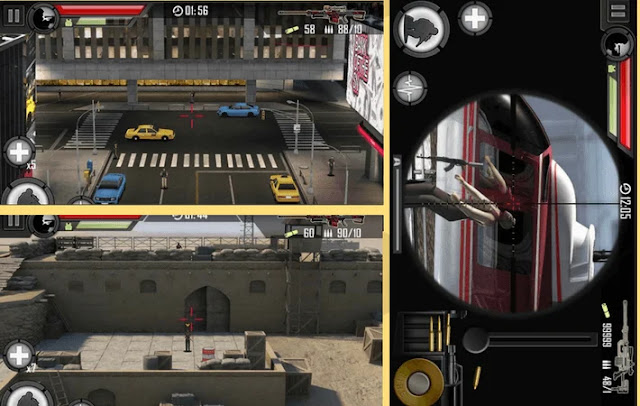 With over 50 missions to complete you are introducing yourselves to a hell of a ride. The game is all you would like to see in a modern day assassinations game. Go for a HEADSHOT now.

Remember Mario or Adventure island? Caveman is an adventure game designed by STEM Studios. The game follows a caveman who’s kid is kidnapped by a dinosaur and the caveman is running through the jungle to find his kid and save him. The graphics and pacing of the game are as good as it should be at this time.
With more than 20 stages, power-ups, power-lows, 4 special worlds, hundreds of mind-boggling obstacles make this game extremely addictive and one of its kind. It will surely make you remember the old Mario games. 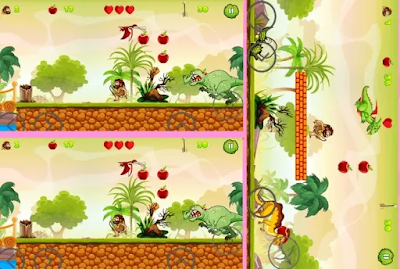 Skyball Lite is a 3D racing game with some raging twists. Skyball lite make all the laws of physics useless and creates the world full of unconsciousness, disorientation, and unsettling. You have to use a skyball and keep rolling on till you reach the finish line. Everything in this world is upside-down and makes you confuse with loads of twists and turns.
When we talk about games under 10MB, we usually have to compromise on graphics and VFX, but that’s the beauty of Skyball Lite, compared to the small chunk of space it will acquire in your Android, the VFX is quite impressive. 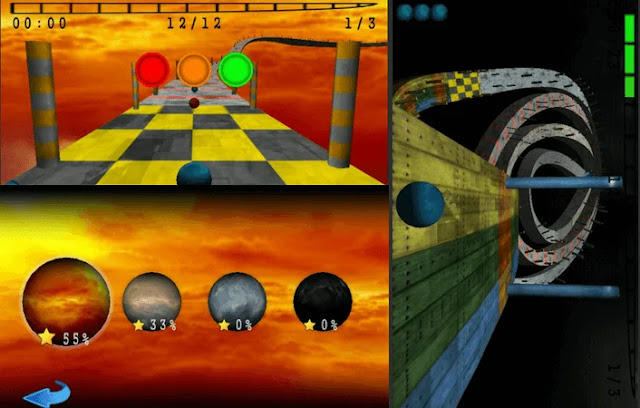 The touch panel controls the speed and all the turns of the ball. Pressing the left side of the screen will make the ball speed up and pressing on the right side will make it slow.
The game is quite weird but very addictive. It gives the genre of racing a new and fresh twist.

Enough of the same shit of running from obstacles. No One Dies is a 10 levels ups game. You are not supposed to control one character but 2 to 36 at a time. A mind twisting game designed to test hand and mind control skills.
Run faster without tripping and save as many as you can. If you want a dark game with some modifications of a full-on adventure game, then No One Dies is your cup of tea. 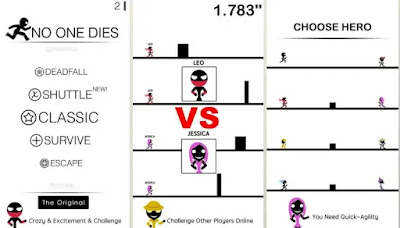 Poly Path is another very addictive game. To play this game, you need an incredible amount of focus and reflexes. You will counter balls which are supposed to be dropped in the rings with their respective colors. Initially, the game is easy to play but slowly the path becomes curious and starts moving, and the game becomes extremely difficult to carry out.
It’s simple yet very difficult to master. No damn Internet connection is required to play this awesome mind twisting game. Feeling bored? pick up your phone and start practicing your mind with something astonishing. And as we are discussing about games under 10MB, this game is also sized just 5MB. 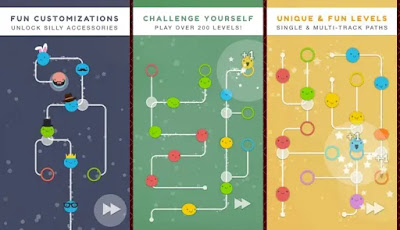 Orbit Navigator is a run to survive kind of a game, but in this case, you don’t have to run but hop. You have to hop from one orbit to another and keep yourself alive by hopping to different orbits. Developed by Vanilla Web, the game is very simple with interface, theme and background score, but still a time-killer.
The category of low MB games is incomplete without Orbit Navigator.

Singularity is quite different from others. Here you have to find ways to jump downwards using shadows in both black and white platforms. The game can be played in almost all kind of Android versions available right now and also takes very less space in your phone, hardly 10Mb. It has minimal ads, created very less disturbance, although, those ads can be removed using In-App purchases. 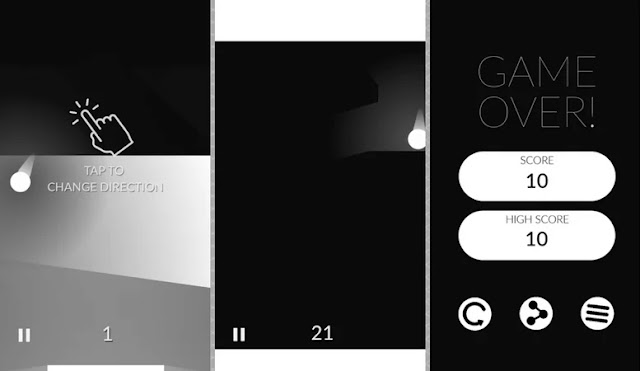 Incrediblock is the traditional brick breaker game but with some useful modifications. The game has some new modifications like the breaking bricks can make your more points but can also become a changing point in your game by disrupting your ball.
Hundreds of levels and increasing difficulty and challenges with every level promises you a fantastic game.
Thus, was the top ten 10 best games under 10MB for Android. You can keep all the 10 games installed on your phone as they won’t take much space on your phone. 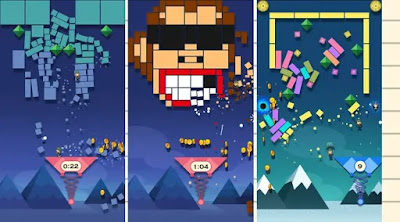 Why Games under 10Mb are needful

The reason for writing an article focusing on 10MB games is because it’s neglected category. In the era of high-end games, no one talks about these small sized games which usually make big impact. However, I believe 10MB games or low MB games are better than high-end games even for the high-end device holders because they are more convenient.
If you have a low-end smartphone which doesn’t support high-end games then these games under 10MB are a complete gaming package for you. All games are superior to their genre to give a tough competition to those high-weighted and high-powered games.
If you want to check other low MB games other then the options mentioned in the list than you can check the games by the developers like Candy Mobile, MiniCard, and Ketchapp. These bunch of developers designs the best low MB games suitable for you.

Destiny 2 Ikelos Weapons – How to Get SMG, Sniper Rifle, Shotgun

Botw Motorcycle: Zelda BoTW Master Cycle Zero – How to get a motorcycle

rulecracker - April 25, 2021
0
9xMovies 2021 website : If you are also one of those people who like watching movies or series during their leisure time, then...

rulecracker - January 5, 2020
0
Garena Free Fire Diamonds Hack "Play is the preferred way of exploring our brain" ™ research studies have shown that there are many benefits...

rulecracker - July 3, 2020
2
Steam is a popular social gaming website where you can buy, play and discuss games. But, have you ever received Steam Disc...

Call of Duty: Mobile’ turns one year and several gifts arrive at the game

rulecracker - March 3, 2021
0
The game " Call of Duty: Mobile " has just completed its first anniversary in early October, as it was made official for mobile devices...

rulecracker - July 29, 2020
1
Games that support cross-platform matching that allow games to be played on platforms such as PS4, PC, Xbox, and Nintendo Switch. GTA:...